A real symmetric matrix x is said to be:

These definitions may seem abstruse, but they lead to an intuitively appealing result. A symmetric matrix x is:

Nonnegative numbers have real square roots. Negative numbers do not. An analogous result holds for matrices. Any positive semidefinite matrix h can be factored in the form h = kk′ for some real square matrix k, which we may think of as a matrix square root of h. The matrix k is not unique, so multiple factorizations of a given matrix h are possible. This is analogous to the fact that square roots of positive numbers are not unique either. If h is nonsingular (positive definite), k will be nonsingular. If h is singular, k will be singular.

A Cholesky factorization takes the form 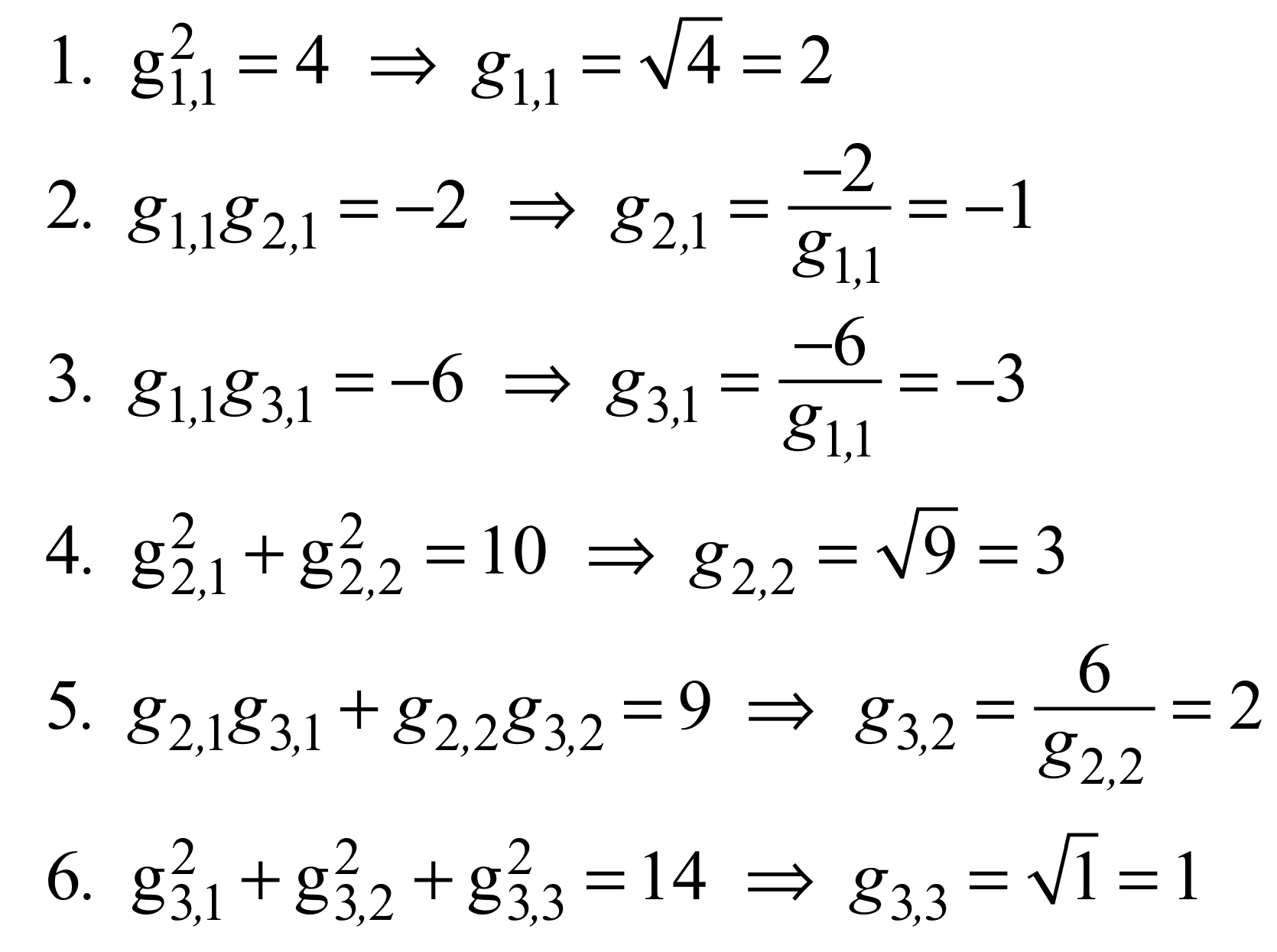 Our Cholesky matrix is

The above example illustrates a Cholesky algorithm, which generalizes for higher dimensional matrices. Our algorithm entails two types of calculations:

Performing the first four steps of our algorithm above, we obtain

In the fifth step, we multiply the second row of g by the third column of g′ to obtain

which provides us with no means of determining g3,2. It is indeterminate, so we set it equal to a variable x and proceed with the algorithm. We obtain

For the element g3,3 to be real, we can set x equal to any value in the interval [-3, 3]. The interval of acceptable values for indeterminate components will vary, but it will always include 0. For this reason, it is standard practice to set all indeterminate values equal to 0. With this selection, we obtain

We can leave g in this form, or we can delete the second column, which contains only 0’s. The resulting 3 × 2 matrix provides a valid factorization of h since

Identify all factorizations of the following matrices that are obtainable with our Cholesky algorithm. Take only positive square roots when selecting nonzero diagonal elements gi,i. In each case, is the original matrix positive definite, singular positive semidefinite, or neither of these?