where, as explained in Section 4.6.1, the “t – 1″ over the tilde in [4.72] indicates that the distribution is conditional on information available at time t – 1.

Bollerslev (1986) extends the model by allowing t | t–1σ2 to also depend on its own past values. His generalized ARCH, or GARCH(p,q), process has form 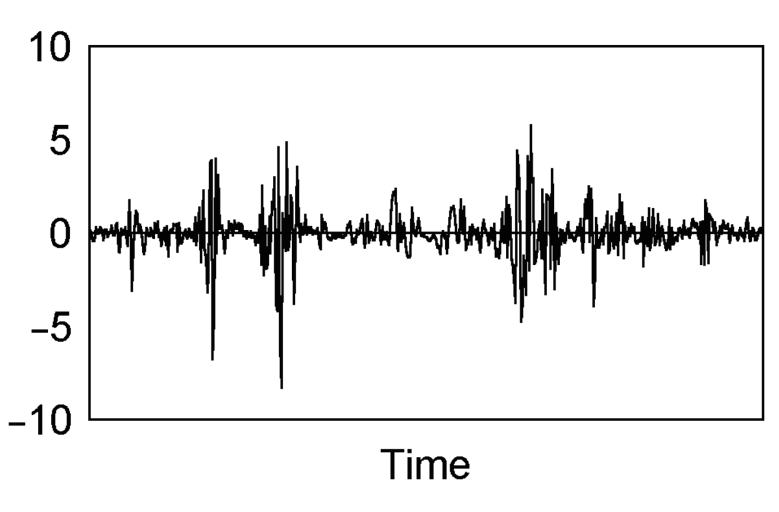 There have been many attempts to generalize GARCH models to multiple dimensions. Attempts include:

With some of these approaches, the number of parameters that must be specified becomes unmanageable as dimensionality n increases. With some, estimation requires considerable user intervention or entails other challenges. Some require assumptions that are difficult to reconcile with phenomena to be modeled. This is an area of ongoing research. To illustrate general techniques, we present two of the above models.