This is the weighted average of the PDFs of the two normal distributions. More generally, consider m random variables Xk, each with PDF ϕk. Define m weights ξk > 0 that sum to 1. Then the random variable X that has PDF

has a mixed distribution.

Calculating a q-quantile of X requires that we solve a nonlinear system of equations, which can be done with Newton’s method. The q-quantile is that value x such that

The desired q-quantile x of X then equals any of—all of—these:

These conditions are motivated for the case m = 2 in Exhibit 3.23. 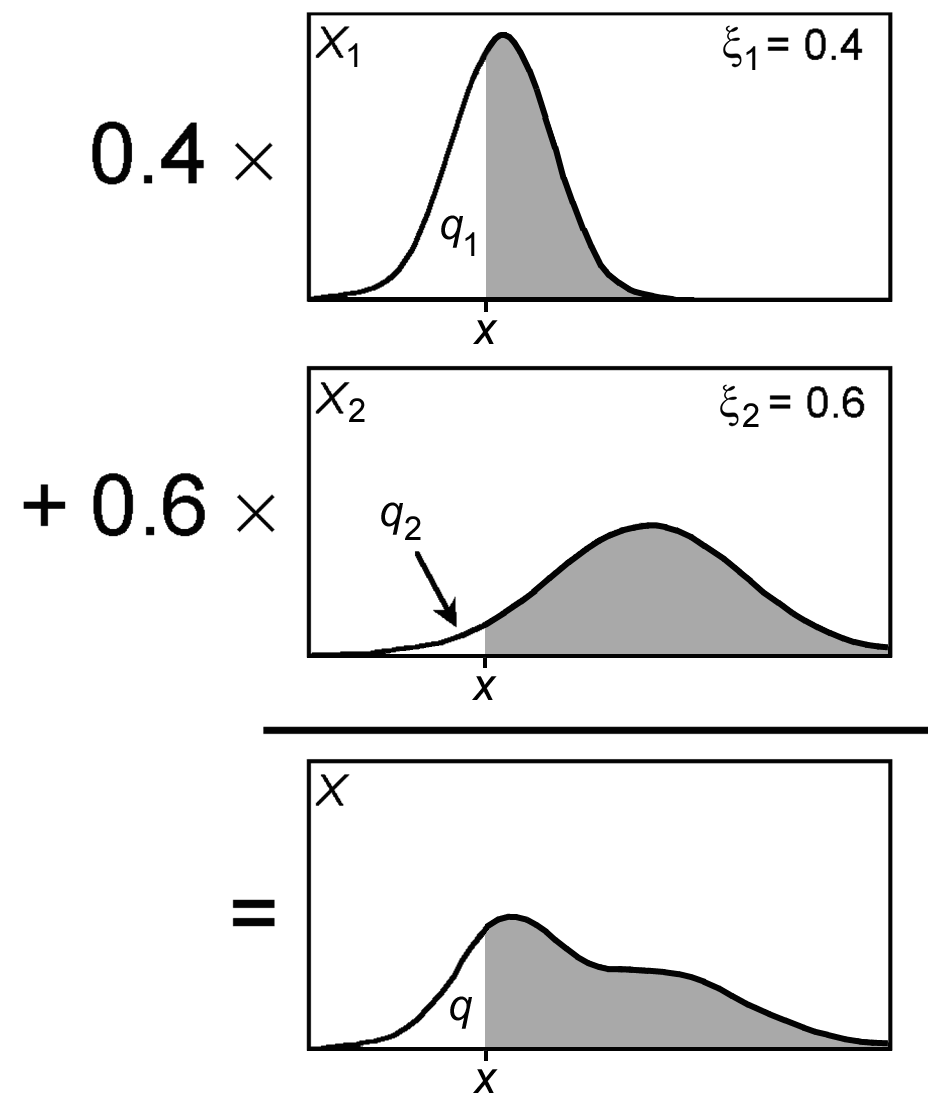 Exhibit 3.23: This exhibit illustrates a mixture of two distributions with a graphical analogy to simple addition. Random variable X at the bottom is a mixture of normal random variables X1 and X2. Weights are ξ1 = 0.4 and ξ2 = 0.6. With the distributions stacked one above the other, you can see how the shapes of the upper two determine the shape of the bottom one. To find a q-quantile x of X, we must find probabilities q1 and q2 such that ξ1q1 + ξ2q2 = q while the q1-quantile x1 of X1 equals the q2-quantile x2 of X2.

While our discussion of mixed distributions has focused on random variables, similar concepts generalize for random vectors.

where the weights ξk > 0 sum to 1. These define a mixed joint-normal distribution

Calculate the mean, standard deviation, and .25-quantile of X.
Solution