Poorly designed value-at-risk measures employ numerous key factors in an attempt to reproduce the actual shape of term structures or other curves. Consider the Euro swap curve for March 3, 1999, which is plotted in Exhibit 9.25. 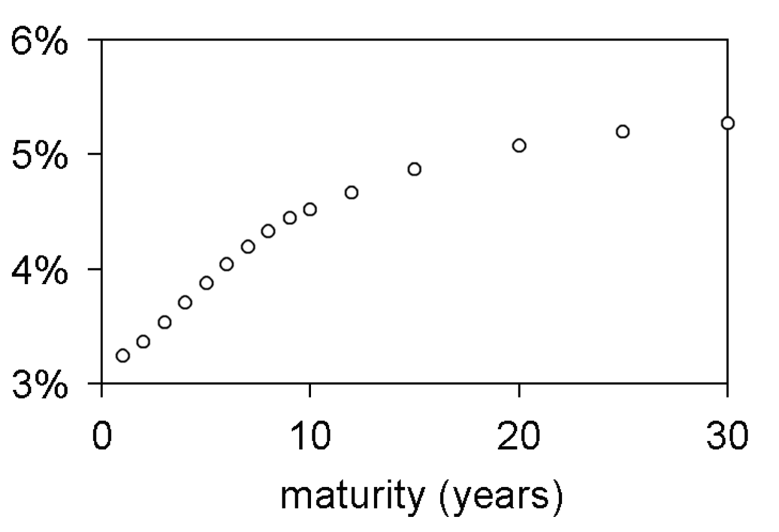 Exhibit 9.26 indicates the same swap curve as well as the swap curve from the previous week. Over 1 week, the curve shifts upward with a slight tilt. Otherwise, its shape hardly changes. 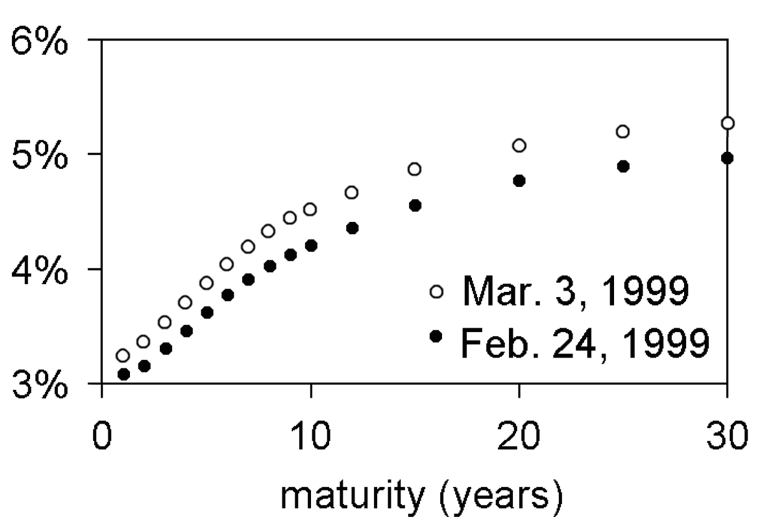 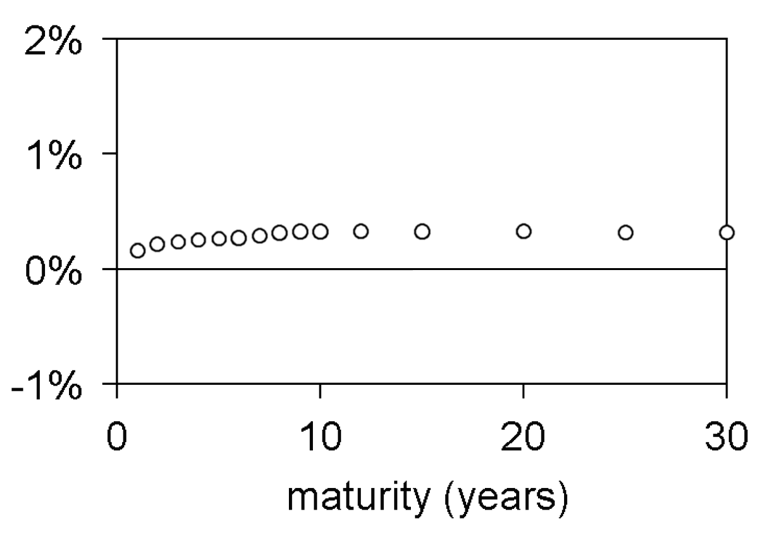 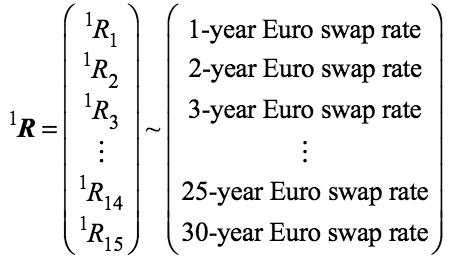 We would like to implement a variables remapping that reduces the number of key factors. Consider a remapping of form

We interpolate between these to obtain changes in the swap rates for other maturities y. We might quadratically interpolate, but an interpolation function of the form

tends to provide a better fit. The result is a vector

of changes in the swap curve at each of the 15 maturities modeled by 1R. We add the current swap curve 0r to

This approach of modeling changes in a curve is invaluable for modeling yield curves, forward curves, volatility skews, and other curves. It is based upon an observation that changes in financial curves tend to have smoother shapes than the curves themselves. Hence, they can be accurately modeled with fewer key factors.

Measure time in trading days. Today is November 14, 2001. A portfolio holds IPE Brent oil futures. A primary mapping has key factors 1R for prices of the first 12 nearby futures. A variables remapping is applied:

represents changes in the first, second, sixth, and twelfth nearby prices.

approximates changes in all twelve nearby prices. It is obtained from

to obtain the remaining components of

. An interpolation function of form

is used for this purpose, where k represents the number of a nearby, from 2 to 12. We do not include the first nearby in the interpolation because it tends to move independently from the rest. 1Q approximates 1R and is defined as

Current values 0r for 1R are

A day goes by, and