A normal distribution is specified by two parameters: a mean μ and variance σ2. We denote it N(μ,σ2). Its PDF is 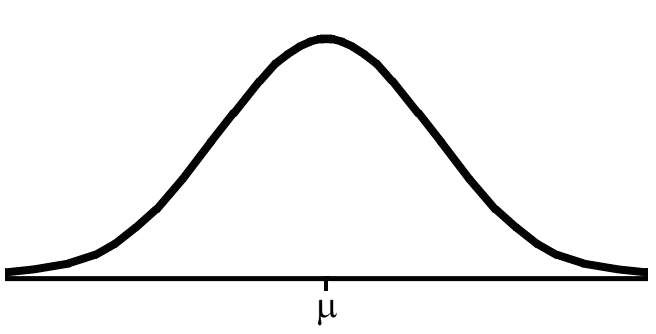 Exhibit 3.15: PDF of a normal distribution.

Irrespective of its mean or standard deviation, every normal distribution has skewness and kurtosis

A linear polynomial of a normal random variable is also normal. If X ~ N(μ,σ2),

for any constants a, b ∈

It has been proven that there is no closed-form expression for the CDF Φ of a normal distribution. The function exists. It simply cannot be expressed in terms of other standard functions. In practice, it and its inverse Φ–1 are approximated to many decimal places using computer algorithms. See Patel (1996).

Based upon [3.95], it follows that any quantile of an N(μ,σ2) distribution occurs a distance from its mean μ that is a fixed multiple of σ. For example, the .90-quantile

The result is independent of the values of μ and α. Accordingly, the .90-quantile of any N(μ,σ2) random variable is 1.282 standard deviations σ greater than its mean μ. Results for other quantiles are shown in Exhibit 3.16:

Because a normal distribution is symmetrical about its mean, the .10, .05, .025, and .01 quantiles can be obtained by replacing plus signs with minus signs in Exhibit 3.16. 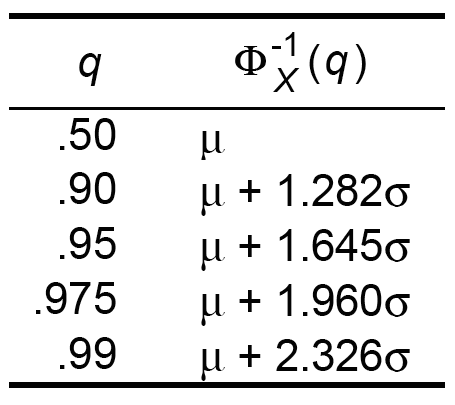 For large m, the binomial and normal distributions approximate one another as follows: