Suppose researchers gather 10 data points (x[k], y[k]) related to some phenomenon. We interpolate a ninth-order polynomial based upon the data. See Exhibits 2.10 and 2.11. 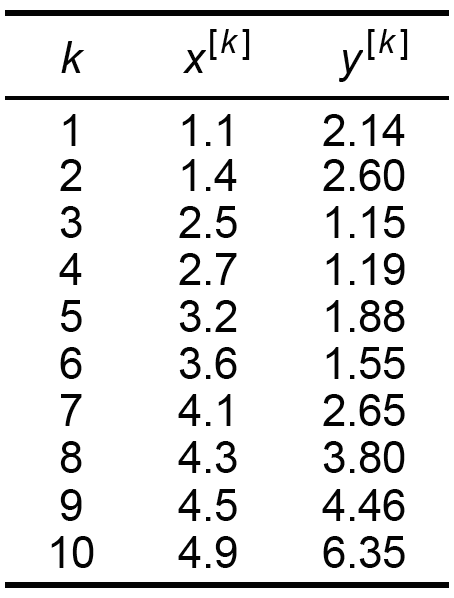 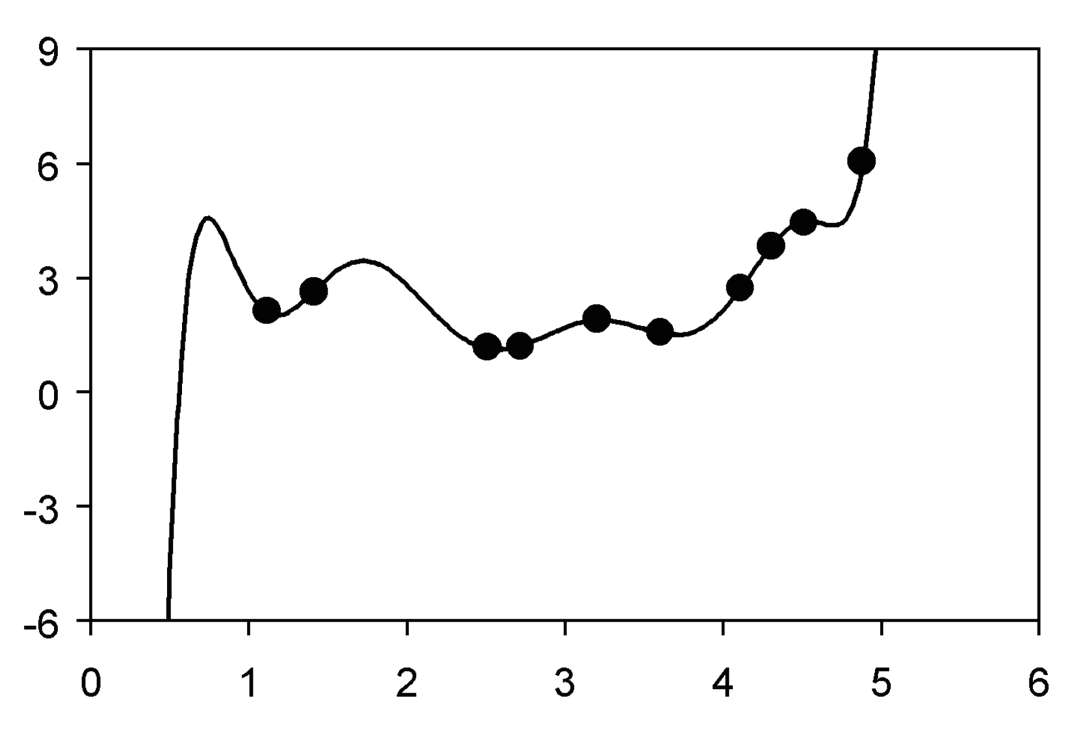 Because the polynomial is forced to intercept every point, it weaves up and down. In some applications, data may reflect random errors or other sources of “noise.” Forcing a curve to pass through each point causes its shape to reflect such noise as much as any underlying process that generated the data. We say the interpolated function is overfit to the data. As an alternative, we may fit a curve to data without requiring that it intercept each point. A quadratic polynomial fit in this manner to the data of Exhibit 2.10 is illustrated in Exhibit 2.12. 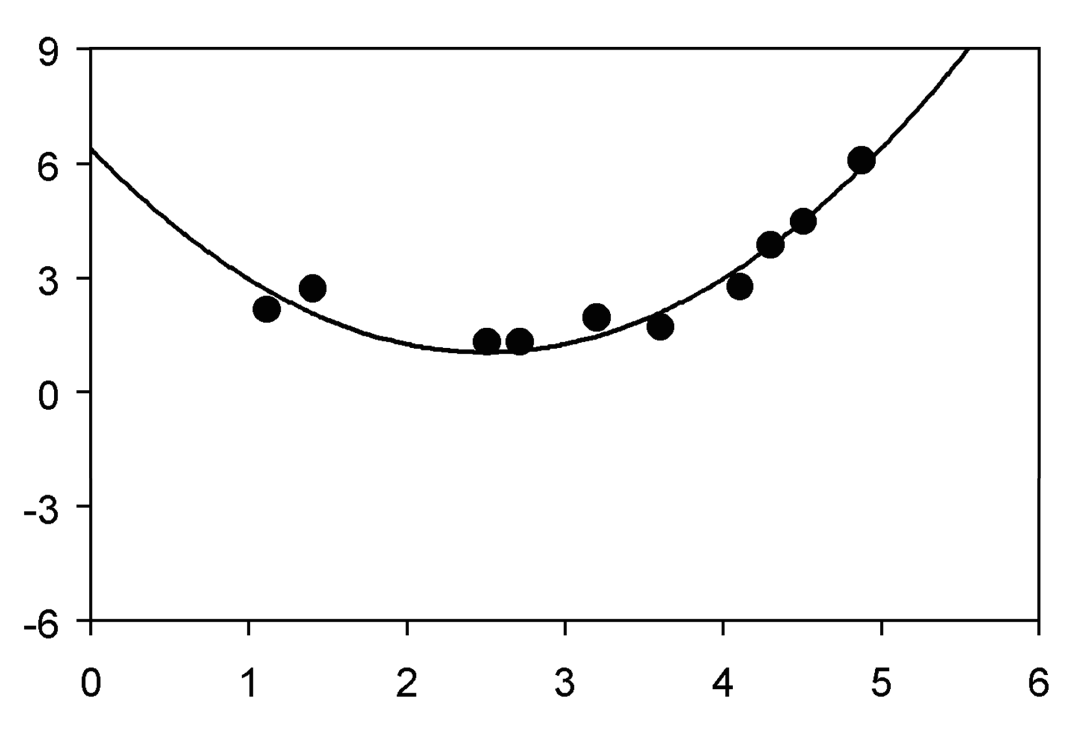 Exhibit 2.12: A quadratic polynomial fit to the data of Exhibit 2:10 using the method of ordinary least squares

The polynomial of Exhibit 2.12 was constructed with the method of ordinary least squares. The form of the polynomial was specified as

and the constants β1, β2, and β3 were determined in such a manner as to minimize the sum of squares

As with the interpolation methodology of Section 2.4, functions fj :

can take any form. Unlike the interpolation methodology, we require that the number m of functions be less than the number l of points.

This is unknown. It is what we want to solve for. Define f as the l × m matrix comprising values of each function fj evaluated at each point x[k]:

Both the matrix f and vector y are constants. They are known. We express sum-of-squares formula [2.97] as

This is a quadratic polynomial in β of the form [2.91] with c = f ′f. It can be shown that, for any matrix h that has independent columns, the product h′h is positive definite. This is analogous to the fact that the square of any nonzero real number is a positive number. Accordingly, as long as f has linearly independent columns, our sum-of-squares formula [2.97] has a unique minimum. By [2.92], this occurs for

Continuing with our example of fitting a quadratic polynomial to the data of Exhibit 2.10, we seek a polynomial 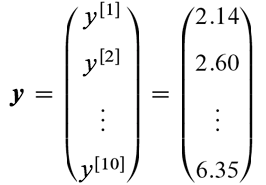 and our quadratic polynomial is

which was graphed in Exhibit 2.12.

Use ordinary least squares to fit a linear polynomial

to the five points indicated in Exhibit 2.13. 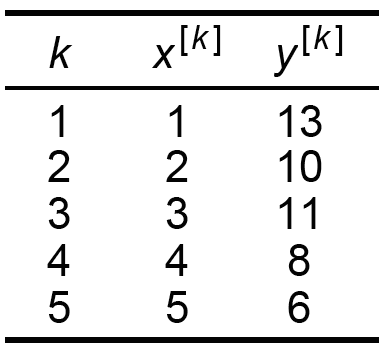 Use ordinary least squares to fit a function of the form

to the five points indicated in Exhibit 2.14. 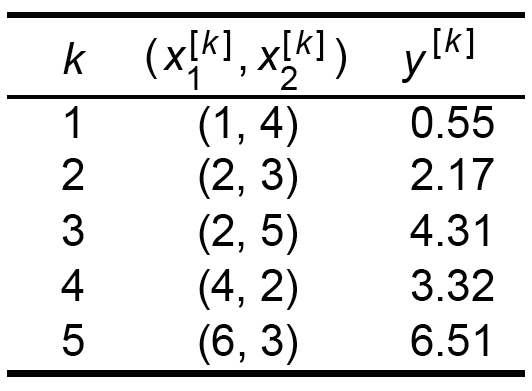