n. The components of D that are perpendicular to the transformed plane have small, almost trivial standard deviations. Discarding these components provides a lower-dimensional approximate representation for Z. This is illustrated with realizations of a multicollinear two-dimensional random vector Z in Exhibit 3.9.

Suppose today is June 30, 2000. We consider a random vector Z whose components represent the simple price returns that specific European currencies will realize versus the US dollar (USD) over the upcoming trading day:

Exhibit 3.10 graphs 18 months of daily exchange-rate data drawn from the period immediately following the launch of the new EUR currency. In our data, the EUR weakens following its launch, and the remaining European currencies—those that did not join the EUR on January 1, 1999—weaken in sympathy. All the currencies track the EUR, but the GBP does so the least. It is less correlated with the EUR and loses value more slowly. 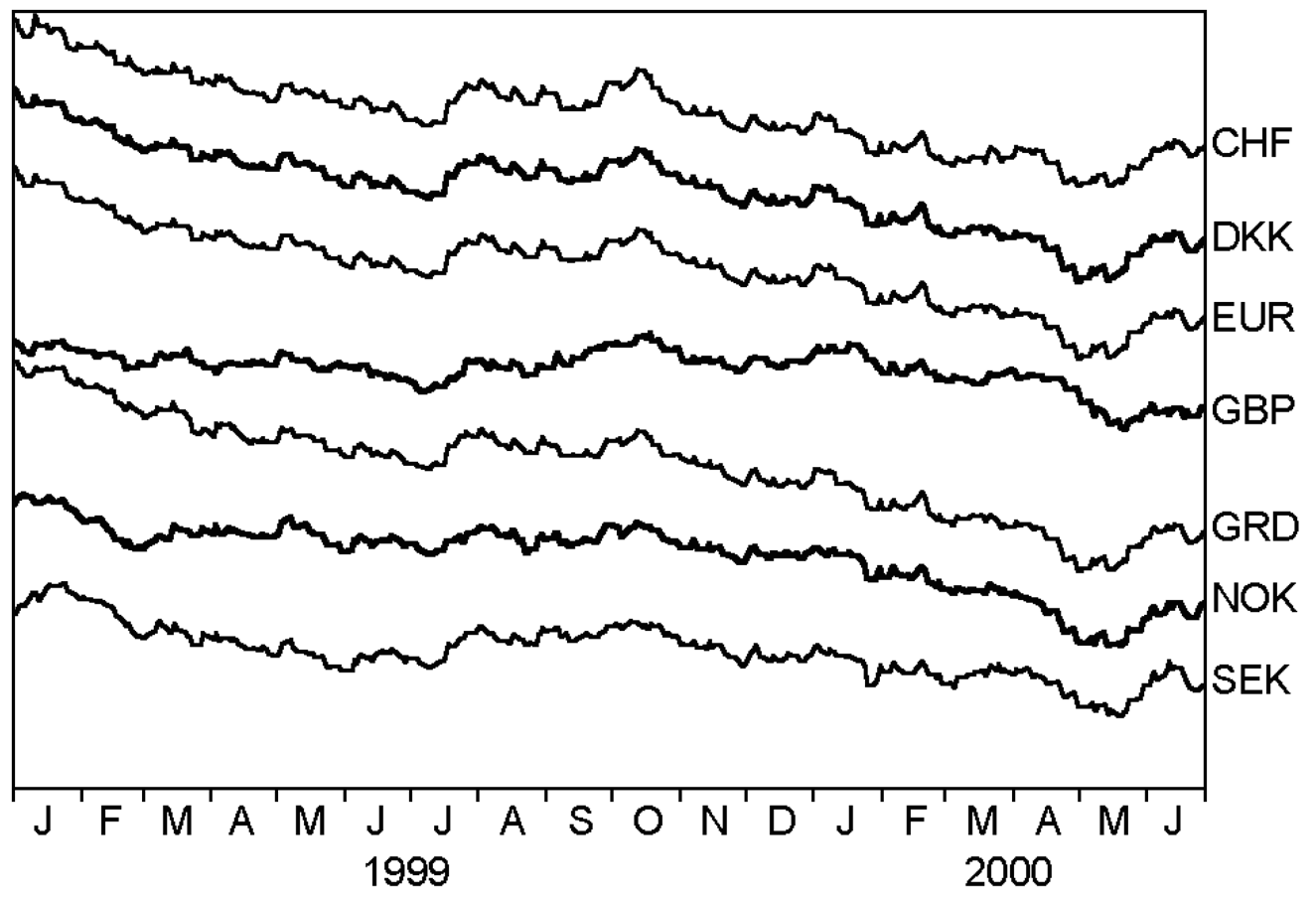 We assume μZ = 0.5 Based upon a time series analysis of the historical price data, we construct a covariance matrix for Z:

The corresponding correlation matrix is

The correlations are all positive. Several exceed 0.90. The one between DKK and EUR exceeds 0.99. The smallest is a respectable 0.45 between GBP and SEK. With such pronounced interdependencies between its components, we expect Z to be multicollinear, and it is. The correlation matrix has determinant |ρ| = .0000045.

To define principal components of Z, we calculate orthonormal6 eigenvectors vi of the covariance matrix ΣZ of Z. We arrange these as the columns of a matrix:

The eigenvectors are graphed in Exhibit 3.11. Corresponding eigenvalues λi are also indicated: 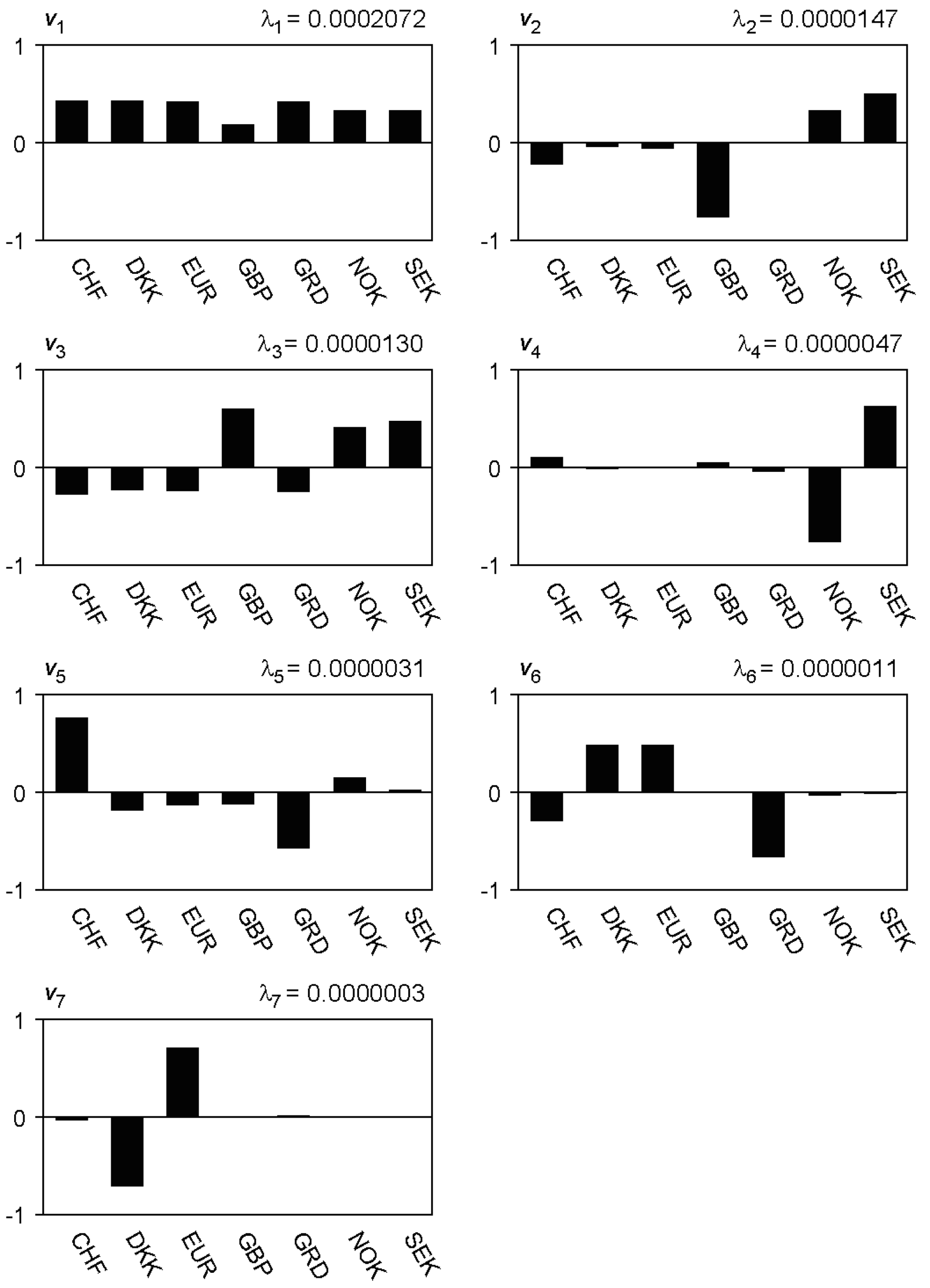 The eigenvectors may be thought of as “modes of fluctuation” of random vector Z. We observed in our historical data a tendency for the European currencies to move together. This is reflected in the first eigenvector. It describes a broad move in all the currencies, with the GBP participating about half as much as the other currencies. The second eigenvector has the GBP moving in opposition to the NOK and SEK, with the CHF moving modestly with the GBP. The third eigenvector describes the GBP, NOK, and SEK moving together in opposition to the other currencies. The remaining eigenvectors describe other such “modes of fluctuation.”

and approximate Z with

Comparing this covariance matrix with [3.57], you can judge for yourself the quality of our approximation.