Measure time t in appropriate units—days, months, years. A time series is a series {–αx, … , –1x, 0x} of n-dimensional vectors observed iteratively over a period of time [–α, 0].  The natural number n is called the dimensionality of the time series. If n = 1, the time series is univariate; otherwise it is multivariate. Vectors tx are recorded with a frequency corresponding to a single unit of time. These concepts are illustrated in Exhibits 4.5 and 4.6 with a two-dimensional time series of daily high and low temperatures at the summit of Mt. Washington during the month of January 2015. 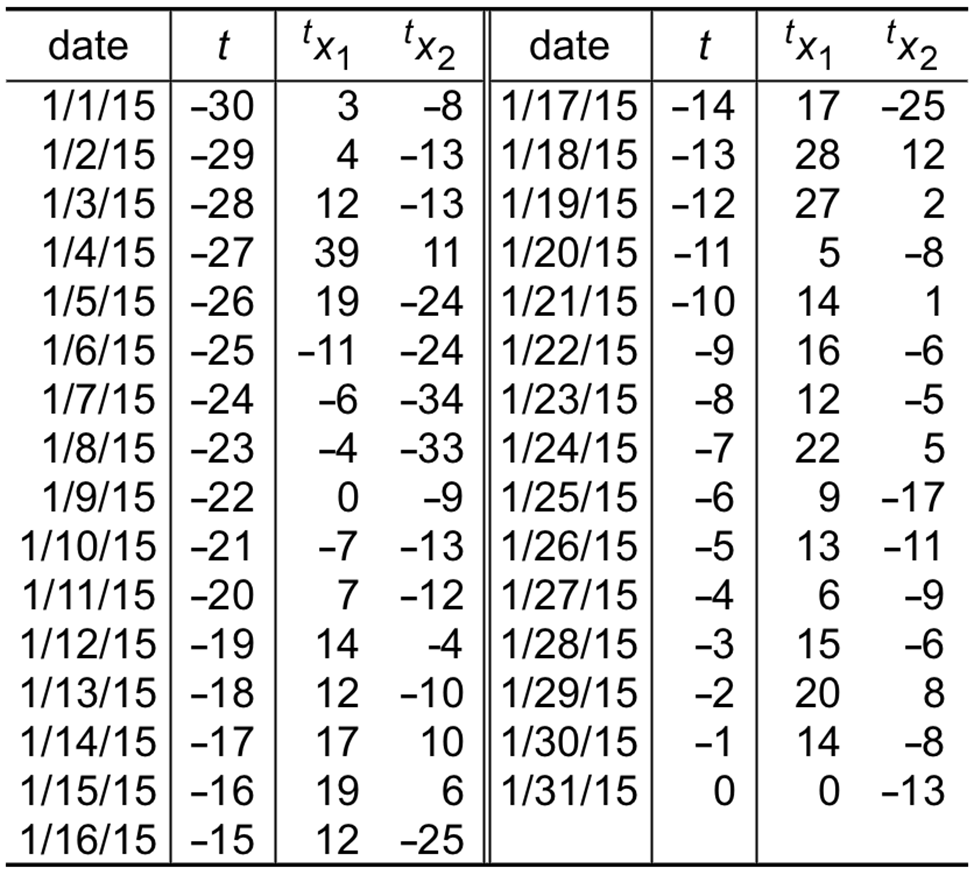 Exhibit 4.5: Daily high and low temperatures at the summit of Mt. Washington during the month of January 2015. Temperatures are in degrees Fahrenheit. Time t = –30 corresponds to January 1, 2015. Source: Mt. Washington Observatory. 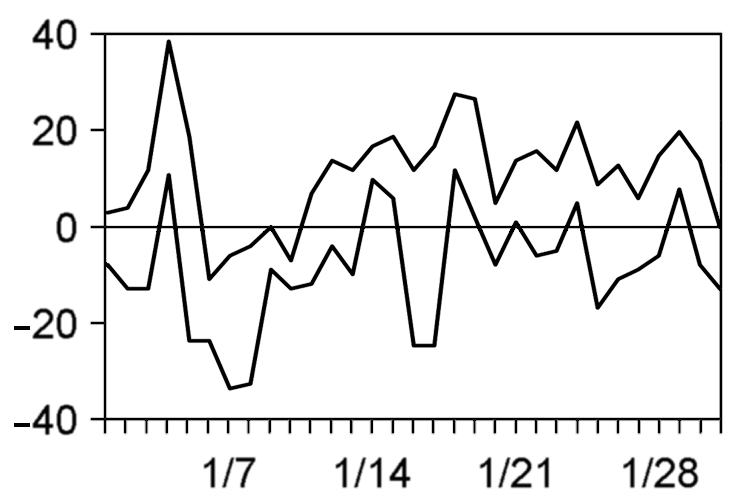 Often, each value tx of a time series x corresponds to an observation made precisely at time t, but this is not always the case. In our Mt. Washington example, each day’s high and low temperatures tx1 and tx2 are realized at different times during a given day, but we associate them both with the specific integer point in time t.

Presumably, the process that generated a time series will continue into the future. We are interested in future values, which we treat as random. To model these, we specify a model called a stochastic process based upon the time series. A stochastic process—or process—is a sequence of random vectors tX with t taking on integer values.3 Values t extend back to –∞ and forward to ∞. Modeling all these terms may seem excessive, especially for practical work. We do so as a mathematical convenience. It saves us having to artificially model some initial or terminal behavior for the process.

What is the difference between a time series and a stochastic process?
Solution

In our Mt. Washington example, each recorded high temperature tx1 is associated with the specific integer points in time t, but might have been realized at any point during a 24-hour period. Give two examples of financial time series: