The cumulants of a random variable X are conceptually similar to its moments. They are defined, somewhat abstrusely, as those values κr such that the identity

holds for all t. Cumulants of a random variable X can—see Stuart and Ord (1994)—be expressed in terms of its mean μ and central moments μr = E[(X – μ)r ]. Expressions for the first five cumulants are

Suppose X has mean 0 and standard deviation 1. Cornish and Fisher (1937) provide an expansion for approximating the q-quantile,

, of X based upon its cumulants. Using the first five cumulants, the expansion is

is the q-quantile of Z ~ N(0,1). The expansion is not like, say, the Taylor series expansion, which you can truncate at any point. You must use all terms. If you want a shorter or longer expansion, look up a version of the expansion for less or more cumulants. Using a version with more than five cumulants will not necessarily produce a better approximation.

is the standard deviation of X. Apply the Cornish-Fisher expansion to obtain the q-quantile x* of X*. The corresponding q-quantile x of X is then 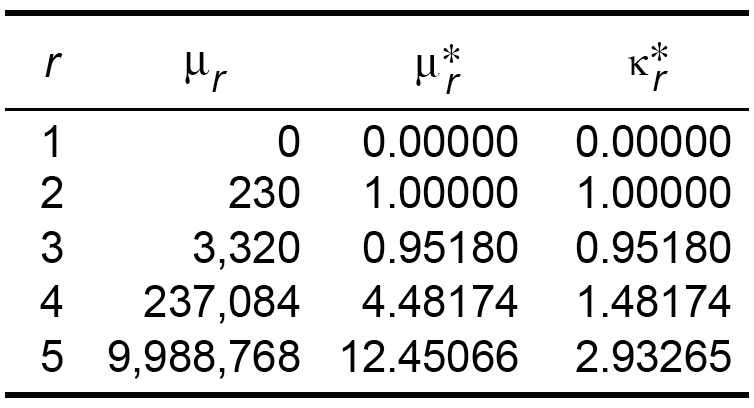 Using a spreadsheet and inputs from Exhibit 3.27, reproduce the results from the example of this section.
Solution