Our description of uniformly weighted moving average (UWMA) estimation of 1| 0Σ is operational. It describes how 1| 0Σ is estimated without justifying the methodology in terms of a formal time series model. This is because the methodology is ad hoc. It is described by many authors and is widely used, but it has never been formalized.

+1]} for the unconditional distribution of

. Estimator [7.10] is applied to the realization to estimate the unconditional covariance matrix 1

. This is used as a proxy for the conditional covariance matrix

must be unconditionally IID. In addition, using 1

as a proxy for

are independent. Indeed, they likely are not. This is not a serious problem. As white noise,

is assumed to have no autocorrelations or cross correlations. What dependencies may exist between terms

Finally, while it is always possible that 1

by coincidence, in order for it to be generally true, we require that

for all t. Since

is white noise, it is unconditionally homoskedastic, so

is constant. Consequently, the condition

be constant. In other words, it requires that

be conditionally homoskedastic. Most markets exhibit conditional heteroskedasticity, so this is unreasonable. 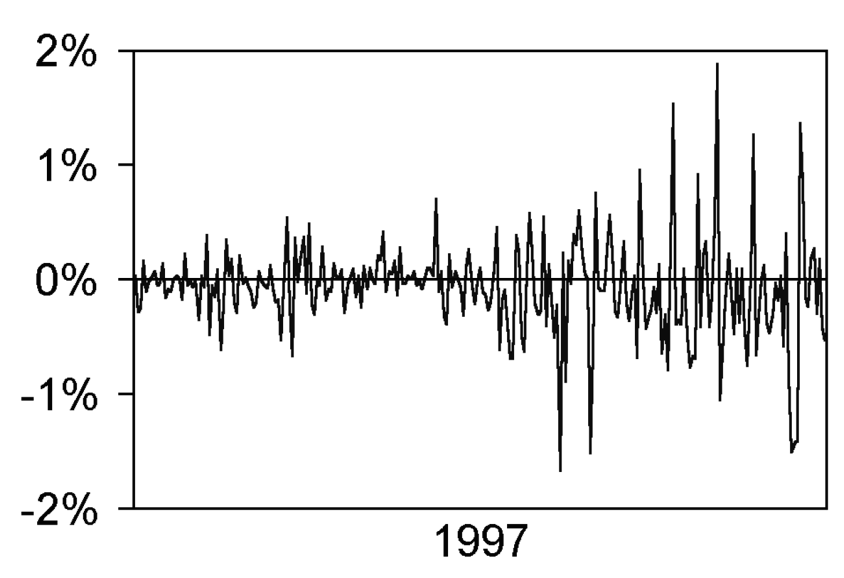 Exhibit 7.6: Daily simple returns for the SGD/USD exchange rate during 1997.

The second half of 1997 ushered in a period of turmoil for Asian markets, which came to be known as the Asian flu. This is evidenced in Exhibit 7.6 by an increase in the volatility of the SGD/USD exchange rate, commencing around July of that year. Suppose today is January 1, 1998, and a US investor holds a USD 10MM spot position in the SGD. We want to calculate its 1-day 95% USDvalue-at-risk. For this we need an estimate of the conditional standard deviation 1|0σ1 of the SGD/USD exchange rate. We can calculate this using a uniformly weighted moving average, but how much data should we use? If we use an entire year of daily return data, we obtain an estimate for 1|0σ1 of .0043. If we use only the most recent 3 months of data, we obtain an estimate of .0066. These correspond to positionvalue-at-risks of USD 71,000 and USD 109,000, respectively. A decision as to how much historical data to use with a uniformly weighted moving average has a significant impact on the value-at-risk calculation.